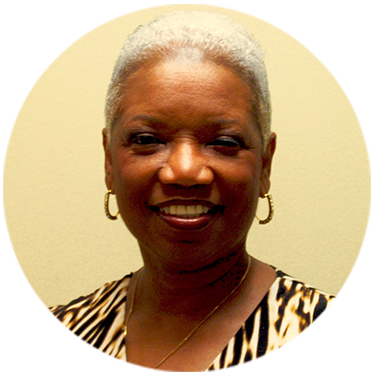 Rev. ViMatice Jackson was raised in the Bronzeville neighborhood of Chicago, IL, where she received her early religious training and primary education. Rev. Jackson is a graduate of Roosevelt University and holds a Bachelor of Professional Studies Degree in Organizational Leadership.

After intensive religious study, she was ordained into the ministry on October 6, 2007. Rev. Jackson is the Founder/Executive Director of the” X-Tend-A-Hand Ministry, Inc.,” an outreach organization founded in November 1998 whose mission is to aid and assist individuals who are less fortunate – particularly homeless children. Because of her efforts, she has received several commendations from the Chicago Coalition for the Homeless, Chicago Public Schools, and other shelters and transitional living centers. Through X-Tend-A- Hand Ministry, Inc., a scholarship fund in the name of her late husband, Officer William L. Humphrey, was established. In October 2011, Rev. Jackson united with The faith family of West Point Missionary Baptist Church, with an invitation being extended by Rev. Dr. L. Bernard Jakes to serve on the pastoral team. At present, Rev. Jackson is Co-Chair of the Greeters Ministry, Lead Pastor of the Prison Ministry, as well as serve as an instructor for Christian education.